Happy New Year, Witches! Samhain (pronounced sah-wen) is celebrated as the Celtic New Year by Wiccans, Druids, Pagans and many others around the globe. It begins the evening of October 31st, All Hallow's Eve, when the veil is thinnest between worlds and extends until the new moon of November 18th this year.

Samhain is a time of honoring death and communing with those that have transitioned from their Earthly presence. In this instance, death may be regarded as the loss of a life or the loss of parts of ourselves, relationships, plans, resources, etc.

"During this liminal portal, we are invited to connect with the unseen realms of our own unconscious to feel the emotions, beliefs, and feelings that lie in the deep, watery realms of our soul - those that we tend to discard" (via @goddess_rising).

Allow yourself to mourn what never was or what can no longer be.

The Full Moon in Taurus too asks us to nurture the neglected and wounded parts of ourselves, reconnect to nature, and to our physical bodies. (via @thehoodwitch)

GROUND INTO YOURSELF AND SEEK WHERE YOU NEED TO MAKE AMENDS.

On the topic of making amends and in resonance with the Wiccan holiday Samhain, I would like to spend some time unraveling the archetype of the witch as I feel that it is an important part of healing my own lineage and of dispelling fallacies surrounding the craft.

What is a witch?

To me, a witch is a woman fully in her power.

"A woman who is aligned with her ancient nature. A healer. A wise woman. A co-Creatrix with the Universe and believer in the magical sacred divinity of herself and all beings. An autonomous woman who aligns with the cycles, seasons, and power of the earth and moon through ritual and communion. Her body and Mother Earth are one. The moon speaks to her, the trees speak to her, the animals speak to her, the ancients speak to her, and the Goddess lives within her. Her power is Love, her oneness is with nature and all of her creatures. She was once hunted for her powers but at the time of the Earth's greatest need, SHE NOW RISES."

The central tenet that unites all Wiccans is attendance to what is known as "the Wiccan Rede" which states "An it harm none, do thy will" (if it harms none, go ahead).

Albeit this creed, witches and women who openly exercise their power and agency have suffered a long and tumultuous history of misunderstanding, violence, and fear-fueled persecution, prosecution, and even execution.

The time is now to subvert these vilifying misconceptions and embrance the archetype of the witch.

According to Chani Nicholas,

"This is the season of the Witch. 👁 Though magic is always in season, at this time we collectively make room for the archetypal imagery of healers, priestesses, midwives and all kinds of witches who work with earth-based wisdom traditions. Witches work with rhythms, seasons, and the power present in the living world. No matter how much patriarchal violence has been inflicted upon the people and the systems of knowledge that are connected to the term 'witch' over the last few thousand years, these practices have always managed to survive. 👁 What is life-enhancing can never be completely destroyed. 👁 As white-supremacist, colonialist, capitalist patriarchy dies, the traditions that it has tried to obliterate experience a resurgence. An awakening. A renewal. Every culture on earth has its own systems of healing. Each one of us can dig into our lineages to better understand what kind of magic we might come from. Each one of us can call on the protective forces that we need at any time. Protective forces that look, sound, smell or feel personally resonant for us. We are free to reorganize our own cultural rituals to be more inclusive of ourselves and our communities. We are free to connect to forces that have not been previously named or recorded. We may very well need to reclaim the forces, deities and practices that have been misnamed, misrepresented, and misappropriated. 👁 What is sacred and life-affirming for us wants a place on our altars. 👁 This is a season that reminds us of our spiritual, political and familial ancestry. The pain. The strength. The shame. The theft. The loss. The love. The souls that we come from that could not be diminished, no matter the material reality they had to live within. 👁 This season reminds us of those in our lineage that suffered for no good reason. Those that caused suffering, perhaps for reasons they could not escape or for reasons that they chose not to. And those that did both. We are reminded how we too, are both. We do harm. We are harmed. We try to heal, hopefully."

As always, please do not hesitate to reach out with any inquiries or comments, 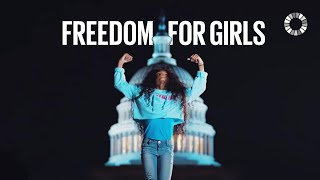 THE FUTURE IS FEMALE✨